Fixing “grievous mismanagement” of millions of dollars of government property 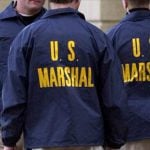 What struck me was the use of the phrase “lose track.” The U.S. Marshals Service (USMS) apparently didn’t know if 2,000 encrypted two-way radios had been assigned improperly, decommissioned and destroyed or even stolen. They simply lost track.

The article quotes the Office of Strategic Technology berating the property management system: “Simply put, the entire system is broken and drastic measures need to be taken to address the issues…”

I would submit that the USMS doesn’t need to do anything “drastic” except to put in place asset management practices that have been successfully deployed by businesses for a long time.

There’s not much in the way of an excuse. Basic, proven inventory monitoring practices have been around forever. Technologies such as barcode and RFID tagging have made adhering to and administering those practices easier and more effective than ever. These technologies – while constantly improving – have been available in some form for many years.

It’s often too easy to pile on more criticism when evidence of government mismanagement is revealed. But this particular case involves items that, if they were to be acquired by the wrong people, might have seriously undermined law enforcement efforts.

The USMS responded to the story by assuring us they are “currently in the process of acquiring a new property management system.” I’m already suspicious. Asset management is a process, not an event, and simply implementing a technology solution doesn’t solve the problem. They need to implement asset management discipline and then support it with technology. Whenever I hear someone mixing up the words “system” and “solution,” I know I’m dealing with someone who doesn’t understand the problem.

I guarantee it will be shelfware within two years. By that time, the technology director of USMS will have moved on to a cabinet position in the White House. ;)

Tom Watson is AMI’s President and CEO. He began his career in high tech in 1996, as a software engineer for his own software company. After a subsequent stint at IT Asset Management firm Micropath as senior architect for that company’s asset tracking system, he founded AMI to develop hardware asset tracking technology solutions for enterprise IT Asset Management customers.

See how AMI and AssetTrack® can improve your asset tracking program.

See how AMI and AssetTrack® can improve your asset tracking program.

Get Free Updates From AMI

We and our trusted partners use cookies on this site to improve your website experience. By clicking "allow" or navigating this site, you accept the placement and use of these cookies.AllowRead more